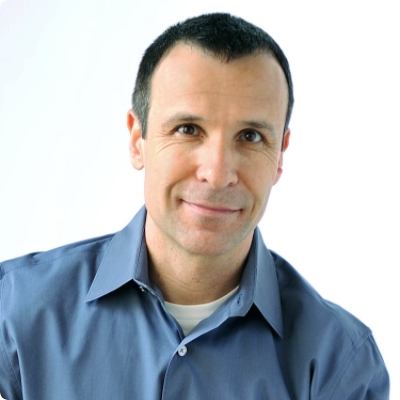 I grew up with my identical twin—which, of course, made me an expert at spotting favoritism. So, when I became a psychologist, it didn’t take me long to recognize how much we favor our physical health over our emotional health. For example, if we get a cut on our arm we can tell just by looking at it whether we need a bandage, a stitch, or an ambulance. But when we sustain an emotional wound like rejection or failure, we have no idea how to gauge whether the wound is deep or whether it requires emotional first aid and few of us would know how to ‘treat’ it ourselves if it did.

As a psychologist I find that unacceptable. Our physical health and our emotional health are the twins of our general wellbeing, and as such, we should treat them equally.

These days, I’m considered a leading advocate for integrating the science of emotional health into our daily lives, workplaces and education systems—but that’s not how I started out. 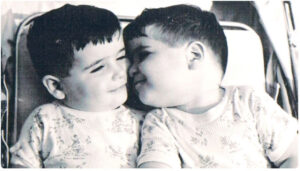 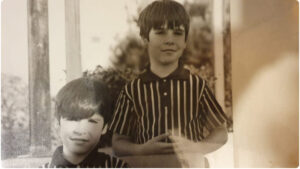 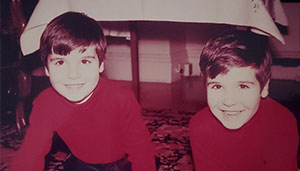 I received my Ph.D. in clinical psychology from New York University back in the day (more like back in the decade…okay, it was last century). I did post-doctoral work at NYU Medical Center, joined the American Psychological Association, and opened a full-time private practice. Every week I made sure to spend an hour or two reading research journals. Whenever I came across studies that seemed relevant for one of my patients, I would tell them about the results or translate the ‘researchy’ findings into practical interventions or techniques they could use.

Some years later I had an idea for a book about the psychology of complaining. I mentioned it to a literary agent at a holiday party and she pointed an excited finger at me and said, “Write a book proposal!” Two years later, The Squeaky Wheel: Complaining the Right Way to Get Results, Improve Your Relationships and Enhance Self-Esteem (Amazon KDP) was published. I also started writing the Squeaky Wheel Blog on PsychologyToday.com.

Recognizing the need for more science-based popular psychology books, my literary agent urged me to compile all the study-based techniques and interventions I had been suggesting to my patients over the years and make them available to the public. Emotional First Aid: Healing Rejection, Guilt, Failure, and Other Everyday Hurts (Plume, 2014) came out two years later. The book inspired my first TED Talk Why We All Need to Practice Emotional First Aid, which went viral and amassed over 12 million views. The idea of practicing emotional hygiene and improving our emotional health clearly hit a nerve.

In 2017 I gave my second TED Talk How to Fix a Broken Heart which also went viral, garnering 5 million views in its first year alone. One year later, I published, How to Fix a Broken Heart (TED Books/Simon & Schuster, 2018) which covered both romantic heartbreak and pet loss. TED then asked me to become their first ever columnist and create a science-based advice column Dear Guy. My third TED Talk How to Turn off Work Thoughts During Your Free Time came out in December of 2019 and hit one million views in less than three weeks.

It’s difficult for me to grasp but to date, my TED Talks have been viewed over 30 million times and my books have been translated into 28 languages.

In 2020 I launched the Dear Therapists podcast with my co-host Lori Gottlieb. We were surprised and honored to be nominated for an Ambie (the Podcast Academy Awards) for our very first season. Dear Therapists, now in Season 3, is produced by iHeartRadio and available on all platforms—i.e., wherever you get your podcasts.

In 2021 I had the honor of being invited to 10 Downing Street, home of the British Prime Minister, to offer policy makers in the UK government my recommendations for policies that could improve emotional and mental health across the country. I was heartened by the discussions that followed and by how receptive and serious they were about exploring new policies and ideas to address the emotional health challenges of a post-pandemic world.

My corporate work has been equally exciting and gratifying. In 2019 I joined the advisory board for Alma, a community of therapists, coaches, and wellness professionals, and in 2021 I became the Chief Strategic Officer for Relationship Circles at startup Circles—a platform for microtargeted support groups. My advisory work has also included companies like Lipton and Apellis Pharmaceuticals Inc.

Looking back over this past decade fills me with gratitude. I’ve had the pleasure of speaking all over the world to incredibly varied audiences and I’ve even appeared in a primetime television show in Japan about my work.

Yet despite how warmly the concept of emotional hygiene and the principles of emotional health have been embraced, we are still far from where we should be. The pandemic has heightened the importance of emotional health in our personal and work lives. In April 2020, way back at the start of the pandemic I wrote an Op-ed for the Boston Globe, warning about the mental-health pandemic that was sure to come. It is now here.

We’re living in a time of heightened stress—geopolitical, economic, climate-related, societal, and individual—and this increased emotional burden is not being sufficiently addressed. Despite being more connected than ever—at least electronically—we face a global loneliness epidemic that is impacting the mental and physical health of multitudes. In short, there is much more work to be done.

While I plan to keep up my own efforts in this regard, what grounds me most and what makes me grateful every day are the people from whom I learn the most—my patients and clients. To the many who have bravely opened their hearts to me over the years, trusting me with their lives, their hopes, their fears, and their dreams—I cannot thank you enough.